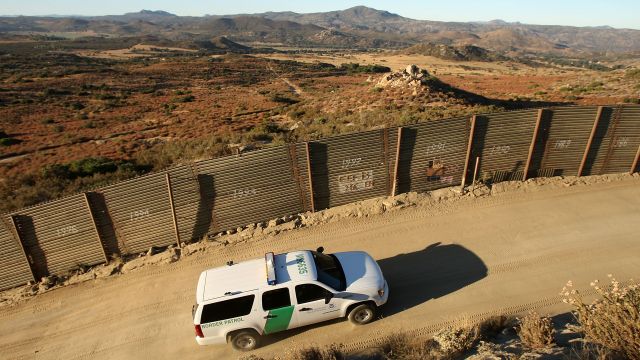 President Trump got a chance to start on his long-promised wall project on the Mexican border this week — at least in Congress' recent budget negotiations.

Did Trump get his funding? Depends on who you ask.

But Office of Management and Budget Director Mick Mulvaney pushed back, saying: "The president delivered on his promises and got his priorities funded. That's what the Democrats don't want you to know."

Here's Why US Border Patrol Is Having Trouble Hiring Agents

The Trump administration wants the agency to add 5,000 new agents, but two-thirds of applicants fail the polygraph test.

For Trump, that additional money is the first step of his campaign promise.

Trump said during a Rose Garden speech, "Make no mistake, we are beginning to build the wall."

But Democrats are adamant that without funds for new construction, Trump can't say he's started building his wall.

And the squabble is really just a precursor to a larger dispute: The White House has already hinted it plans to push for more border funding during the next spending showdown in September.