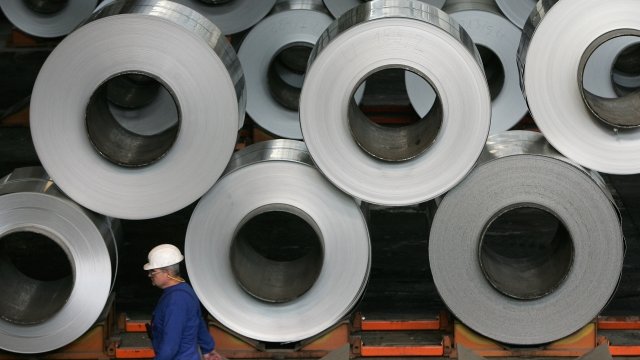 President Donald Trump has decided to hold off on imposing steel and aluminum tariffs on key U.S. allies.

Mexico, Canada and the European Union will be spared for now. The taxes were supposed to go into effect Tuesday. Trump wants a 25 percent tariff on steel and 10 percent on aluminum.

When the administration first announced the tariffs, it set a window for countries to negotiate a deal. Some did, but with just hours left before the taxes were set to go into effect, the White House didn't have deals with some of its closest diplomatic friends, and that put the U.S. at risk of sparking a trade tiff with both our North American neighbors and the likes of France, the U.K. and Germany.

Instead, the Trump administration said it will delay the decision on whether or not to exempt those countries for another 30 days.