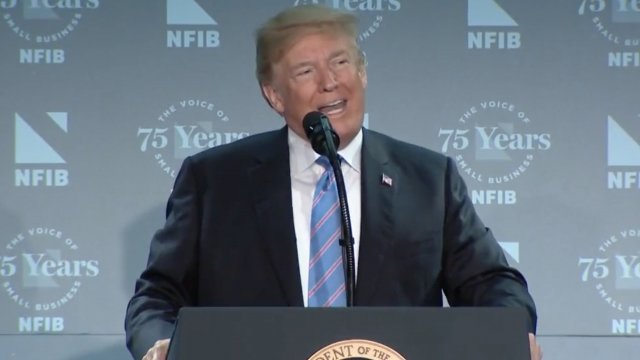 President Donald Trump defended his administration's zero-tolerance immigration policy that's led to family separations, while at the same time saying he didn't support the idea of children being taken from their parents.

"We want to solve family separation. And I don't want children taken away from parents, and when you prosecute the parents for coming in illegally — which should happen — you have to take the children away," Trump said.

A number of Republicans have come out against the practice, and at least one senator has said it's un-American.

Trump is scheduled to meet with GOP lawmakers later in the day Tuesday to go over two immigration bills. There've been some mixed messages on whether or not Trump supports either bill; Trump himself said on Fox News he wouldn't sign the more moderate of the two bills. But few hours later, the White House said the president supported both.