Trump: Clintons Wouldn't Be Criticized If Chelsea Filled In At G-20 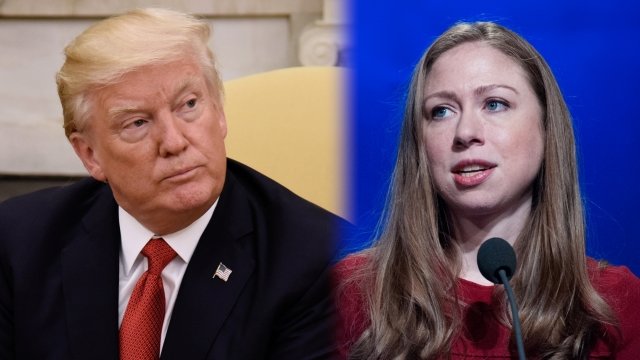 President Donald Trump responded to criticism for having his daughter fill in for him during part of a G-20 meeting. In doing so, he brought another first daughter into the conversation: Chelsea Clinton. And Clinton tweeted back.

In a couple of tweets Monday morning, Trump explained that he had Ivanka Trump, an unpaid adviser, sit in for him while he held "short meetings" with several countries.

He called it "very standard" and said German Chancellor Angela Merkel agrees with him.

When asked about it during a press conference over the weekend, Merkel said members of the delegation fill in if the leader steps out of a meeting and "that is something that other delegations also do."

Trump tweeted, "If Chelsea Clinton were asked to hold the seat for her mother,as [sic] her mother gave our country away, the Fake News would say CHELSEA FOR PRES!"

Trump's tweet came after a guest on Fox News suggested the reaction would have been much different if Chelsea Clinton had sat in for her mother, Hillary Clinton. 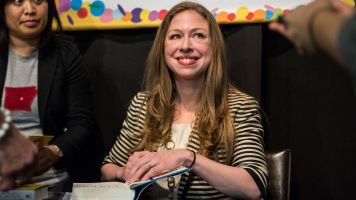 The former first daughter responded to Trump less than an hour after he tweeted. Chelsea Clinton said her parents wouldn't have thought to have her sit in for them. And playing off of Trump's tweet, Clinton said: "Were you giving our country away? Hoping not."

Trump has previously tweeted about the Clintons when faced with criticism and questions about possible collusion between his campaign and Russia.