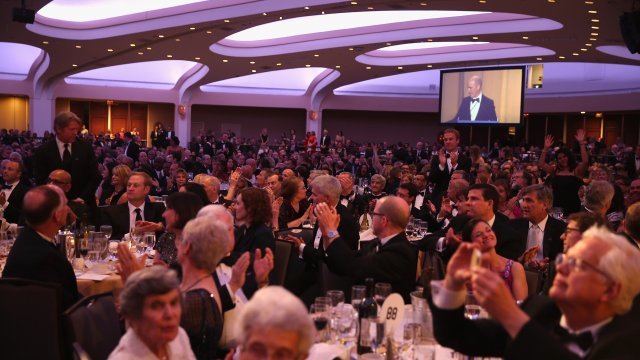 President Donald Trump is skipping the White House Correspondents' Association dinner for the second year in a row.

The organization stated on Twitter that White House press secretary Sarah Sanders will represent the Trump administration at the event. According to the WHCA, the president will also "actively encourage" administration officials to attend.

The dinner celebrates media in Washington and raises scholarship funds for aspiring journalists. It's scheduled for April 28.

Traditionally, the president attends the event, which typically includes a comedic routine at their expense.

But last year, neither Trump nor his staff were present, a move that seemed indicative of the president's contentious relationship with the media.