President Trump Declares Federal Emergency In Louisiana Ahead Of Barry 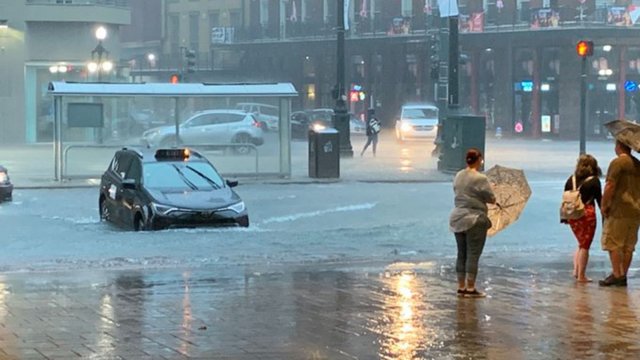 SMS
President Trump Declares Federal Emergency In Louisiana Ahead Of Barry
By Briana Koeneman
By Briana Koeneman
July 12, 2019
Tropical Storm Barry could strengthen into a hurricane before it makes landfall along Louisiana's coast Friday or Saturday.
SHOW TRANSCRIPT

The White House announced the declaration late Thursday. It expedites access to funds and other federal resources the state can use to deal with the storm and any destruction it causes.

Earlier on Thursday, Gov. John Bel Edwards requested that President Trump declare an emergency for Louisiana. He said the impact of torrential rainfall, storm surge, high winds and potential tornadoes will pose a "serious threat" to the state's residents.

Tropical Storm Barry officially formed in the Gulf of Mexico Thursday morning. And meteorologists say the storm could strengthen into a hurricane before it makes landfall Friday or Saturday.

The National Weather Service in New Orleans says the biggest threat will be water from rain and storm surge. Forecasters are predicting between 10 and 20 inches of rainfall, and locally higher amounts are possible.