Why Trump Isn't Moving The US Embassy In Israel 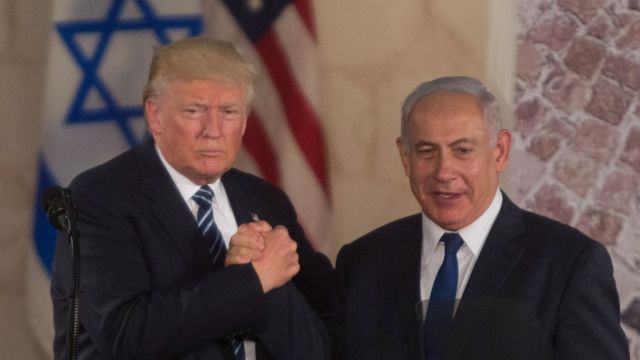 SMS
Why Trump Isn't Moving The US Embassy In Israel
By Ryan Biek
By Ryan Biek
June 1, 2017
The Trump administration said it feared moving the embassy to Jerusalem could hurt peace talks between Israelis and Palestinians.
SHOW TRANSCRIPT

The Trump administration has walked back a bit on a promise to move the U.S. Embassy in Israel.

The embassy is currently located in Tel Aviv. But President Donald Trump pledged to move it to Jerusalem during his campaign.

The White House now says shifting the embassy could jeopardize chances of a peace agreement between Israelis and Palestinians — "the ultimate deal," as the president has called it.

So why's moving an embassy such a contentious idea? Well, they're usually located in capital cities.

In the 1940s, the U.N. proposed the international community oversee Jerusalem since the city is so important to three major religions.

But during the Arab-Israeli War in 1967, Israel captured East Jerusalem.

And since 1980, Israel's said all of Jerusalem is its capital city. But much of the international community doesn't view it that way. Instead, it sees East Jerusalem as occupied by Israel.

That's why most countries have kept their embassies in Tel Aviv. 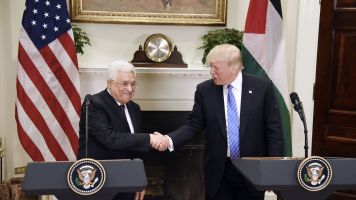 Similar to Trump, former presidents Bill Clinton and George W. Bush promised embassies in Jerusalem during their campaigns, only to change their minds once in office.

Congress passed an act two decades ago to move the embassy to Jerusalem. But the rules say presidents can postpone the enforcement for six months at a time — which they all have.

That means six months from now, Trump will have to make the choice again. And Trump's statement said it's not a matter of if he'll move the embassy but when.