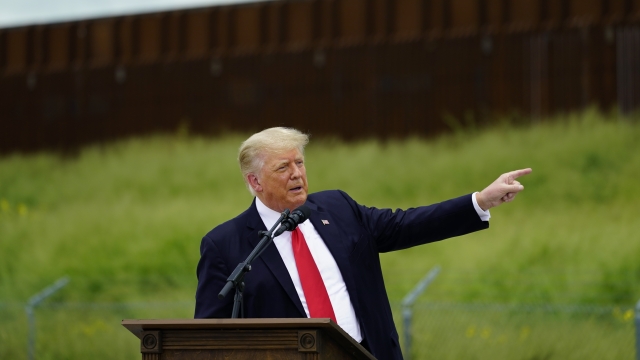 Former President Donald Trump used his time back in the political spotlight to criticize President Biden.

Trump visited the border with Texas Gov. Greg Abbott and other Republican leaders.

He touted his work at the border during his four years in office.

"We had the border so closed. The best ever," he said. "And now its coming through at levels they've never seen before, just pouring in. You know we're not only talking about people. Millions of people are coming in but we're talking about drugs. We're talking about human trafficking."

Governor Abbott invited Trump to the border as he works up a plan to keep building the former president's wall.