Trump Criticizes China Over North Korea: 'So Much For Working With Us' 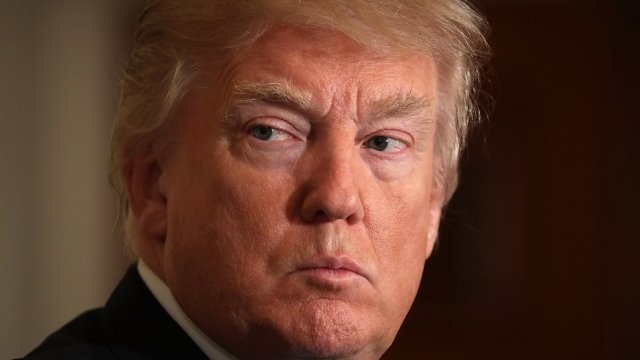 In the wake of yet another missile launch in North Korea, U.S. President Donald Trump is blaming China for not doing enough to stop it.

Trump said in a tweet early Wednesday, "Trade between China and North Korea grew almost 40% in the first quarter. So much for China working with us — but we had to give it a try!"

Beijing is North Korea's closest ally and its main supplier of food, weapons and other goods. 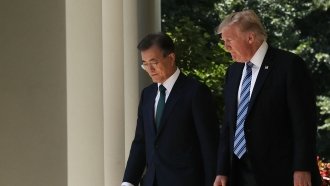 The Trump administration has been pressuring China to enforce sanctions against the North to try to curb the country's nuclear and long-range missile activities.

But experts say Trump has other options. The New York Times notes the U.S. could impose tougher economic sanctions on North Korea, attempt diplomatic negotiations or use military force, among other actions.

The U.S. and the United Nations have already levied numerous sanctions against North Korea. But those seemingly haven't had a big effect on the North's weapons program. Negotiations would likely be difficult because the U.S. and North Korea don't have any diplomatic relations.

And military options carry big risks. The top American general in South Korea said "self-restraint" is the only thing keeping the U.S. from going to war with the North.