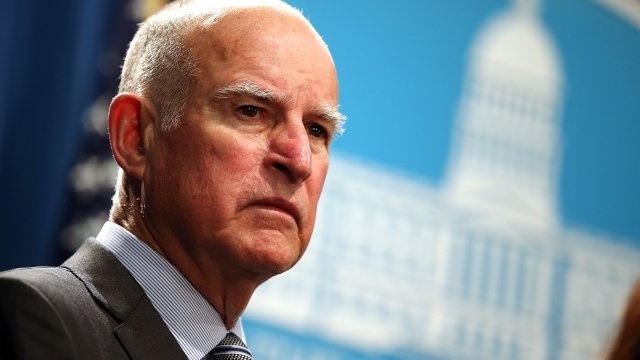 Brown issued 56 total pardons and 14 commutations ahead of Easter Sunday. Five pardons were for immigrants who, because of former convictions, were at an elevated risk of deportation.

Trump was quick to criticize the move, tweeting, "Is this really what the great people of California want?" The Trump administration has sued California over the state's sanctuary immigration policies.

Brown's pardons won't protect those five immigrants from deportation entirely. But wiping away their criminal records could give them a strong legal argument against removal, especially if their crimes were the basis for deportation proceedings.