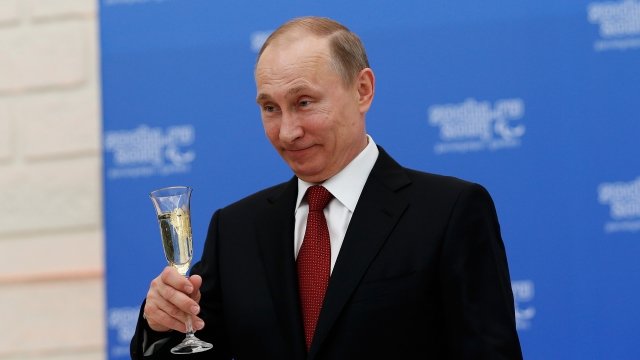 The two leaders talked over the phone on Tuesday and discussed U.S.-Russia relations and denuclearizing the Korean Peninsula.

Even members of President Donald Trump's own party are criticizing him for congratulating Vladimir Putin on winning Sunday's election.

The two leaders talked over the phone on Tuesday and discussed U.S.-Russia relations and denuclearizing the Korean Peninsula. Mixed in, according to the White House, was Trump's congratulations.

But Russian elections aren't known for being fair or democratic; video shows ballot boxes being stuffed on Sunday, which resulted in at least 76 percent of the votes going to Putin.

To be fair, congratulatory calls aren't entirely out of the ordinary. The New York Times points out former President Barack Obama congratulated Putin after he won in 2012, but it was done several days after the fact. Even on Monday, the White House said Trump had no plans to congratulate Putin.