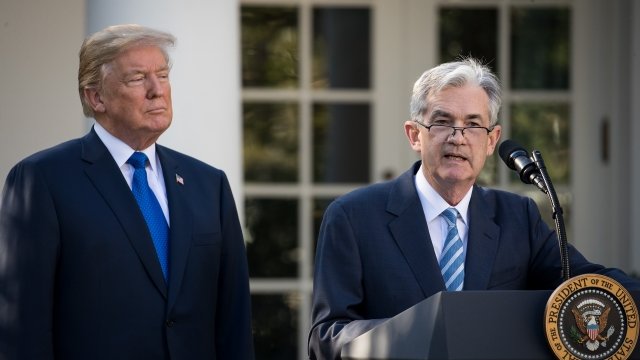 In an interview with CNBC, Trump said he's "not thrilled" with two interest rate increases so far this year. The Fed has at least two more planned for 2018.

Trump's criticism is notable, since presidents typically avoid publicly criticizing or trying to influence the central bank. It sees independence from politics as key to its legitimacy.

And the Fed's stated goal is to keep the economy steadily growing and avoid inflation. That's accomplished by adjusting interest rates depending on how well the economy is doing.