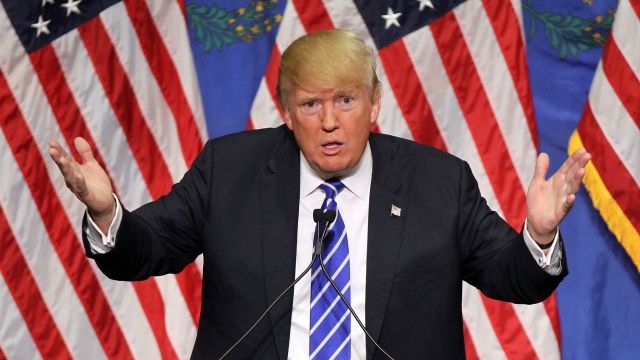 One of Donald Trump's first orders of business as president could be slashing NASA's Earth science budget.

Some of Trump's top science advisers claim climate change research is "politicized," and Trump has said he wants NASA to focus more on deep-space exploration.

They plan to ask the National Oceanic and Atmospheric Administration and National Science Foundation to handle Earth science research. But those agencies have much smaller budgets than NASA. That would make it tough for them to build and launch the satellites needed to do climate research.

NASA's resources give scientists a cosmic perspective of Earth and its climate that they would have a hard time getting otherwise. Without NASA's data, it would be much harder for the world to understand humanity's effects on the environment.

An overwhelming majority of scientists who study the atmosphere have confirmed climate change is a real and urgent issue, and humans are contributing to it.

It's tough to know exactly where Trump stands on climate change. In the past, he's called climate change a hoax and promised to try to beef up coal production by rolling back environmental regulations.