Negotiations To Keep Government Open Might Be At A Standstill — Again 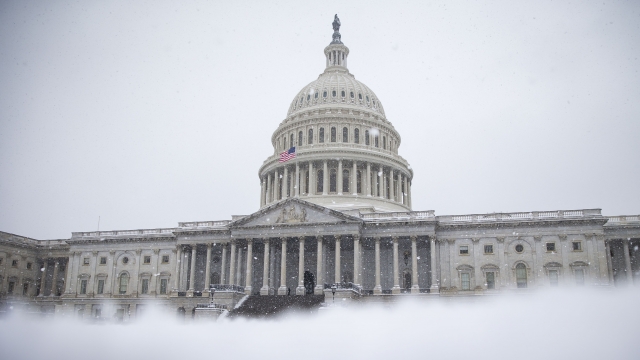 The government has been back open for a week, but the country still isn't in the clear.

Presumably, hundreds of thousands of government employees are starting to feel whole again after receiving their retroactive paychecks this week. And reimbursements started being issued to U.S. air marshals to pay down the charges on their government credit cards — a problem Newsy exclusively reported before the shutdown ended. Those cards are used for work-related expenses, like hotels, gas and food.

But Democrats, Republicans and President Trump have just two weeks to strike a new budget deal that keeps the government open past Feb. 15. And funding for a border wall is still the sticking point.

"There's not going to be any wall money in the legislation. However, if they have some suggestion about certain localities where technology, some infrastructure, as I said, the ports of entry. ... That's part of the negotiation," House Speaker Nancy Pelosi said.

"Mr. President, Nancy Pelosi said this morning that there is not going to be a wall in this deal, but she did say she'd be open to other kinds of physical barriers. Would you accept that?" a reporter asked.

If negotiations don't progress and the government is left facing another shutdown, President Trump seems ready and willing to declare a national emergency to build the wall.