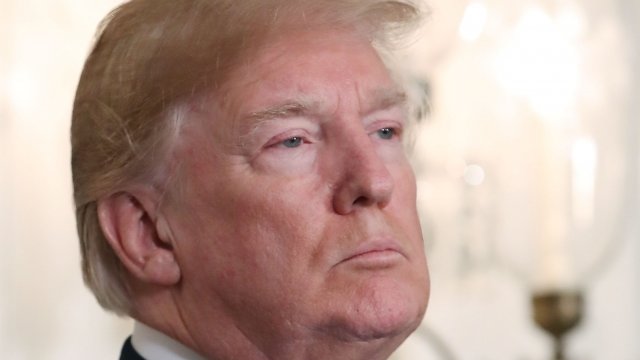 SMS
Trump Says He's 'Considering A Veto' Of The Omnibus Spending Bill
By Briana Koeneman
By Briana Koeneman
March 23, 2018
In a tweet, President Donald Trump said he might veto the bill and accused the Democrats of abandoning DACA recipients.
SHOW TRANSCRIPT

Hours after the Senate passed a major $1.3 trillion spending bill, President Donald Trump says he might not sign it.

In a tweet Friday morning, Trump said he might veto the bill and accused the Democrats of deserting DACA recipients.

And he added that his promised border wall "is not fully funded."

If Trump doesn't sign it by midnight Friday, the government will shut down.