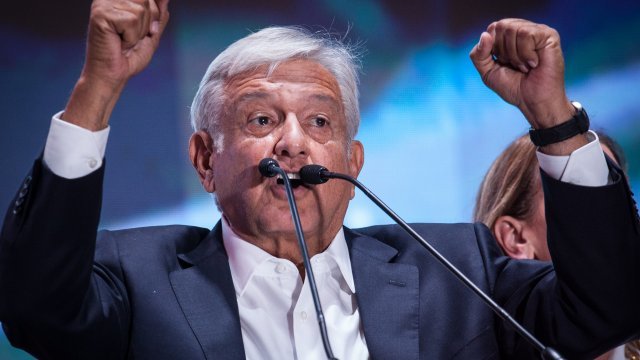 Lopez Obrador, known by his initials AMLO, called the conversation "respectful." Trump later tweeted his congratulations, saying, "I look very much forward to working with him."

Analysts have repeatedly compared the two leaders for their similar rhetoric. Both have pushed for economic nationalism; Trump campaigned on an "America First" policy, and AMLO has said, "The best foreign policy is domestic."

Another focus of AMLO's campaign was to generate jobs in Mexico. After his phone call with Trump he said: "I proposed exploring a comprehensive agreement on development projects which will create jobs in Mexico, and with it, reduce migration and improve security."

But the two aren't political mirrors. AMLO campaigned on standing up to Trump on trade and immigration. He's referred to some of Trump's immigration policies as a "hate campaign" against migrants.