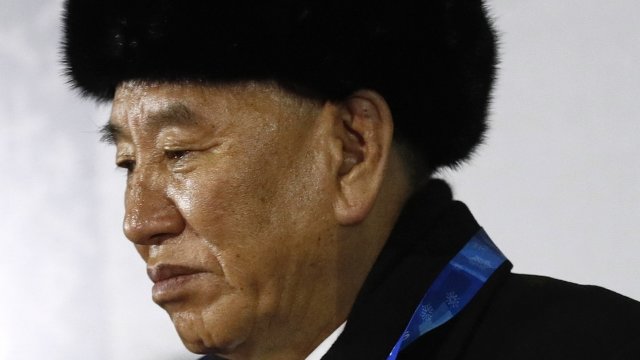 A top North Korean official is heading to the U.S. for talks about a possible meeting between President Donald Trump and Kim Jong-un.

Trump said on Twitter Tuesday that Kim Yong-chol was on his way to New York.

According to several media outlets, he was spotted at Beijing's international airport before reportedly boarding a flight that could arrive in the U.S. as early as Wednesday.

Kim Yong-chol's trip comes as the U.S. and North Korea attempt to get the planned summit back on track.

Plans for the highly anticipated meeting almost fell apart last week after Trump said he was canceling it because of what he called Kim Jong-un's "tremendous anger and open hostility."

But soon after, North Korea issued an unusually conciliatory statement about Trump's decision. And officials have reportedly been working to salvage the summit ever since.

Kim Yong-chol will be the highest-ranking North Korean official to visit the U.S. in nearly two decades.