Trump Confirms He Called Off A Military Strike On Iranian Targets 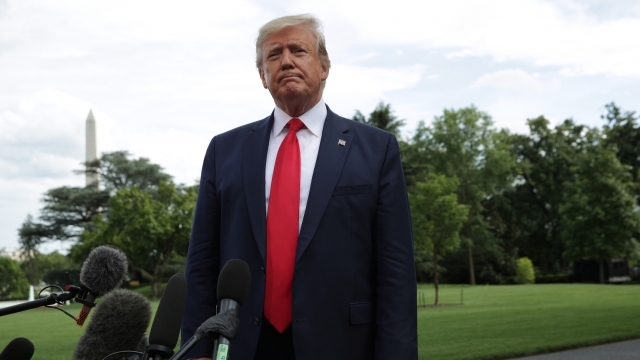 SMS
Trump Confirms He Called Off A Military Strike On Iranian Targets
By Katherine Biek
By Katherine Biek
June 21, 2019
President Trump tweeted that he didn't believe the expected casualties were "proportionate" to Iranian forces shooting down a U.S. military drone.
SHOW TRANSCRIPT

President Trump confirmed that he called off a planned military strike against Iranian targets late Thursday.

The New York Times was the first to report about the strikes being called off. The commander in chief tweeted Friday morning that the U.S. military was "cocked & loaded to retaliate" against three sites when he gave the reversal order to stand down.

He'd initially approved the counterstrikes as a response to Iranian forces shooting down an unmanned U.S. military drone.

But on Friday, President Trump said he called off the military strikes because he'd been told that 150 people would die and he didn't believe those expected casualties was "proportionate" to Tehran shooting down a drone.

The two sides have offered different accounts of what happened leading up to the incident. U.S. officials said Iran shot down the drone while it was in international airspace above the Strait of Hormuz. But earlier in the day, a report from Iran's state-run Press TV said the U.S. drone was flying over Iranian airspace when it was shot down.

While speaking to reporters on Thursday, President Trump suggested that Iran's downing of the U.S. drone may have been unintentional. And he remained tight-lipped about how his administration was planning to respond.

"Let's just see what happens. It's all going to work out. ... This is a new fly in the ointment — what happened, shooting down the drone — and this country will not stand for it, that I can tell you," he said.

The drone incident prompted the FAA to ban "all U.S. carriers and commercial operators" from flying over Iranian airspace in the Persian Gulf and the Gulf of Oman. The agency said it issued the emergency order because of "heightened military activities and increased political tensions in the region."