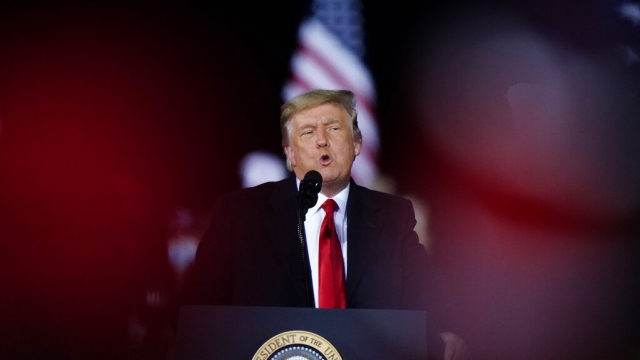 In a new video, President Trump admitted for the first time on camera that his presidency will end.

With less than two weeks left in office, President Donald Trump is conceding defeat to President-elect Joe Biden — sort of. In a video from the White House yesterday, President Trump condemned his supporters' takeover of the Capitol Building and, for the first time, admitted his presidency was coming to an end. He never mentioned Biden by name, but said "the new administration will be inaugurated on January 20th." President Trump said his focus is now facilitating the transition of power. In the meantime, Democratic lawmakers are weighing whether it's possible to impeach him again.