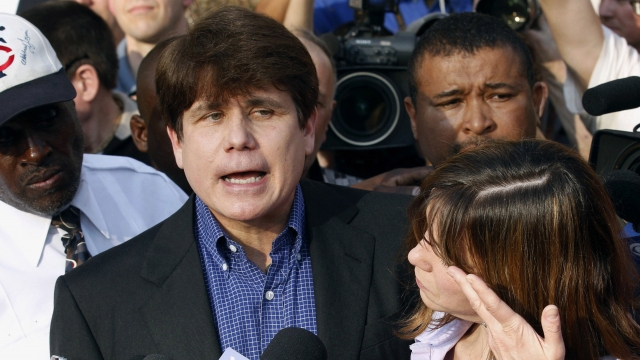 President Donald Trump announced Tuesday he had commuted the sentence of former Illinois Gov. Rod Blagojevich, one of several people he granted clemency to Tuesday.

"He served eight years in jail. It's a long time to go. Many people disagree with the sentence. He's a Democrat, he's not a Republican."

Blagojevich had exhausted his last appeal in 2018. He was sentenced to 14 years in prison in 2011 for political corruption, including trying to sell President Barack Obama's vacant Senate seat.

Months prior to his conviction, Rod Blagojevich appeared on Trump's reality game show "Celebrity Apprentice" where he was the fourth person to be eliminated.

The president first hinted at a possible Blagojevich commutation in August. It was met with protests from many Republicans, including from Illinois.