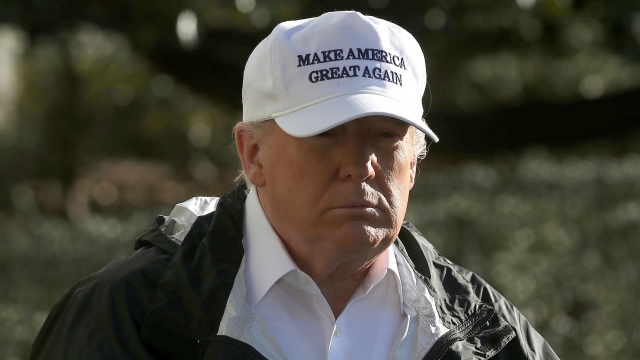 SMS
Trump Cancels Trip To Davos Over Partial Government Shutdown
By Ahmed Jawadi
By Ahmed Jawadi
January 10, 2019
​The president blamed "the Democrats intransigence on Border Security" as to why he won't be able to attend.
SHOW TRANSCRIPT

President Donald Trump has canceled his trip to the World Economic Forum in Davos, Switzerland.

He made the announcement on Twitter Thursday, saying, "Because of the Democrats intransigence on Border Security and the great importance of Safety for our Nation," he won't be able to attend the conference on Jan. 22.

The World Economic Forum is an annual three-day event that brings together top business executives, world leaders and other elites to discuss global and industrial issues. President Trump attended the forum last year, marking the first time an American president had done so since Bill Clinton in 2000.

Senior administration officials said Treasury Secretary Steven Mnuchin would probably lead the U.S. delegation in Davos even if the government remained partially shut-down. That being said, the group of White House officials accompanying Mnuchin will also likely be smaller than last year.