Trump Cancels Student Debt For Thousands Of Veterans With Disabilities 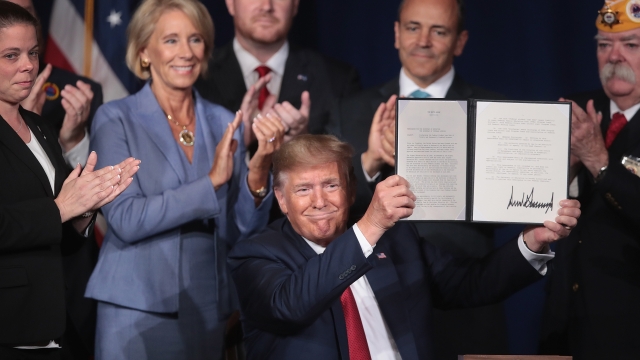 The president said the action will help 25,000 veterans who are "completely and permanently disabled."

"In a few moments, I will sign a memorandum directing the Department of Education to eliminate every penny of federal student loan debt owed by American veterans who are completely and permanently disabled," President Donald Trump said.

The president said it will help 25,000 veterans. He also said they won't have to pay federal taxes on the forgiven debt.

About three months ago, the attorneys general of Washington, D.C., and 50 states and territories urged the Department of Education to automatically forgive the student loan debt of veterans who sustain disabilities during their service.

Under current law, the government would already forgive the student debt of anyone who is "totally and permanently disabled," but not automatically. They had to submit an application.

The Department of Justice said the government has granted more than $650 million in student loan relief to more than 22,000 eligible veterans since April 2018.