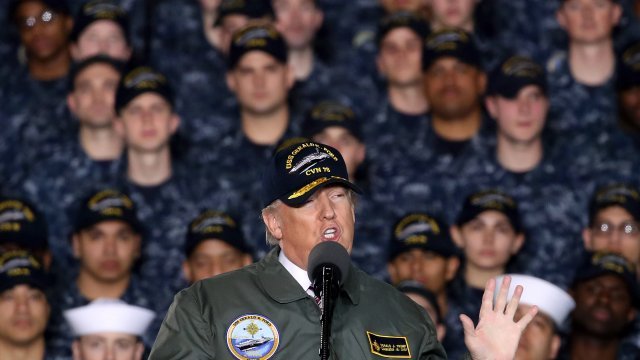 He tweeted Friday that the parade could take place in 2019, but only if "the cost comes WAY DOWN."

A CNBC report out Thursday estimated the event would cost close to $92 million. That's $80 million higher that it was originally estimated to cost.

Trump blamed local politicians in D.C. for the high cost, despite CNBC reporting that the cost would be almost evenly split between the Pentagon and the Department of Homeland Security.

Shortly after that number was revealed, a Pentagon spokesperson said they agreed to delay the parade until next year.

The president says that money can now be put towards "more jet fighters!" Although, today's modern fighter jets cost more than $100 million a piece.

To get his military parade fix in — Trump said he'll visit Andrews Air Force Base in Maryland for an already scheduled event. He also said he will travel to Paris for the Armistice Day parade in November, which marks the end of World War I.