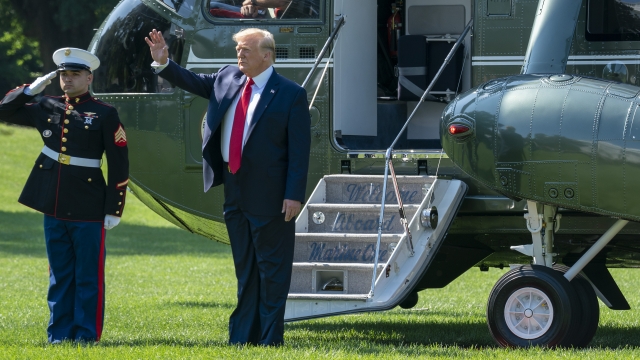 President Donald Trump announced he won't visit Denmark in September, after the country's prime minister described the idea of the U.S. buying Greenland as "absurd."

President Trump had been scheduled to visit Copenhagen on Sept. 2, at the invitation of Denmark's queen. While there, the White House said he'd meet with business leaders and attend some bilateral meetings.

But in a tweet Tuesday, the president said he was postponing his trip since Danish Prime Minister, Mette Frederiksen "would have no interest in discussing the purchase of Greenland."

President Trump continued by tweeting, "The Prime Minister was able to save a great deal of expense and effort for both the United States and Denmark by being so direct."

Over the weekend, the commander-in-chief confirmed he was looking into possibly acquiring Greenland, which is an autonomous Danish territory, though he did tell reporters that it wasn't a high priority.

The suggested purchase was criticized by officials in both Greenland and Denmark.