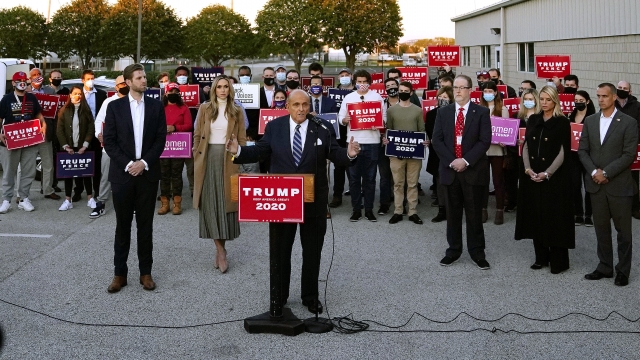 A campaign spokesperson said the president plans to hold rallies to build support to challenge the results.

The president has not acknowledged Biden's win and has not spoken to the public since Thursday.

The Trump campaign has repeatedly claimed voter fraud, but has not provided any evidence.

"The first part of a situation that is extremely troubling, first of all for the Commonwealth of Pennsylvania and then for a number of other states," Giuliani said. "And these lawsuits will be brought starting on Monday."

On Saturday, Biden surpassed 270 electoral college votes with a win in Pennsylvania, as the state counted an unprecedented number of mail- in votes.

Top election officials in battleground states have said there is no evidence of voting irregularities.