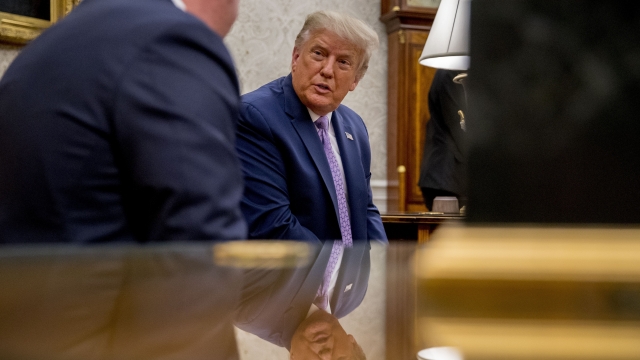 President Donald Trump's campaign, the Republican National Committee and the Nevada Republican Party are suing Nevada for its plan to mail ballots to ALL active voters.

The president has often criticized mail-in voting, saying it isn't secure. But Nevada DOES have a signature verification process. Several studies have found mail-in voting hasn't led to widespread voting fraud in the past.

It is worth noting that even though the president criticizes Nevada's voting plan, he's praised Florida's.

"I can tell you in Florida, they've done a very good job with it."

Nevada has ZERO infrastructure for Mail-In Voting. It will be a corrupt disaster if not ended by the Courts. It will take months, or years, to figure out. Florida has built a great infrastructure, over years, with two great Republican Governors. Florida, send in your Ballots!

The president has already said he's mailing his ballot from the White House this year.