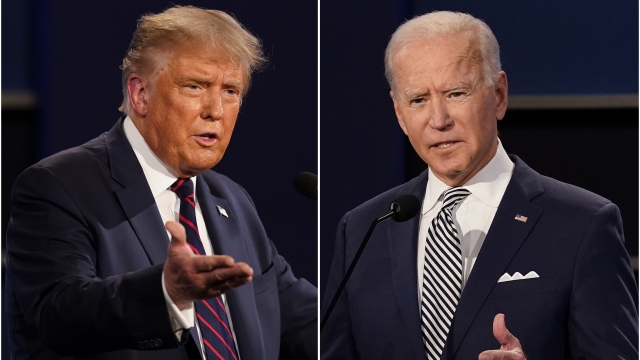 SMS
Trump Campaign Pushing For Second Debate To Be Rescheduled
By Newsy Staff
By Newsy Staff
October 12, 2020
The Commission on Presidential Debates canceled the event on Friday.
SHOW TRANSCRIPT

The Trump Administration is pushing for the second presidential debate to be rescheduled.

The White House Deputy Communications Director said the debate that was scheduled for Thursday should still happen. He said the president is ready to debate and has been cleared to do so by doctors.

Joe Biden's campaign has not responded but is scheduled to hold a town hall event on Thursday instead.

The Commission on Presidential Debates canceled the event on Friday after President Trump declined to participate. The next debate is scheduled for Oct. 22 in Nashville, TN.