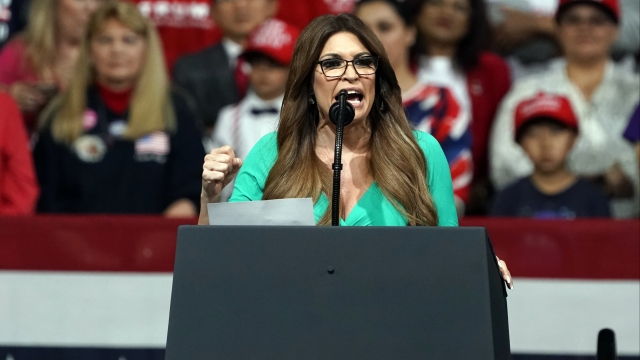 An official for the Trump campaign said Guilfoyle "was immediately isolated to limit any exposure" and is "doing well." She will be tested a second time to confirm the diagnosis.

The campaign official said Trump Jr. tested negative, but said he was canceling his appearances and isolating as a precaution.

The test — first reported by The New York Times — reportedly occurred before Guilfoyle was slated to attend the president's event at Mount Rushmore Friday in South Dakota.

While she hasn't been around President Trump, she attended his Tulsa rally and has been interacting with supporters in Arizona, Montana and South Dakota.