Paul Manafort Turns Himself In To The FBI 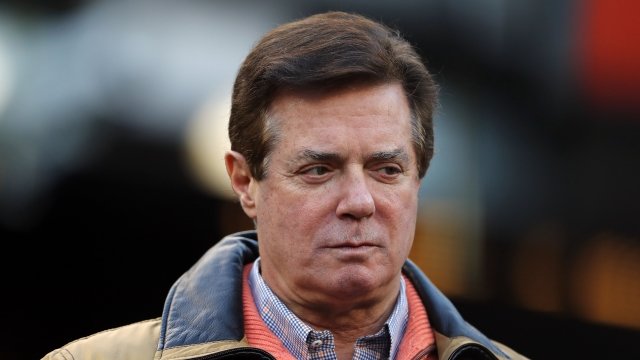 Paul Manafort turned himself in Monday morning in connection with the special counsel's investigation into Russian interference in the presidential election.

Manafort and his former business associate Rick Gates are facing a 12-count indictment. The charges include conspiracy against the United States, conspiracy to launder money and making false statements. Both pleaded not guilty and are under house arrest with bail amounts of $10 million and $5 million, respectively.

Manafort's work with the campaign ended after news broke that he lobbied on behalf of a Russian-backed former Ukrainian politician.

And BuzzFeed recently reported the FBI is looking into a series of suspicious wire transfers from 2012 and 2013 involving offshore companies linked to Manafort.

The U.S. Justice Department says Manafort and Gates lobbied for Ukrainian politicians for roughly a decade without telling the U.S. government — and earned tens of millions of dollars.

Also on Monday, federal authorities unsealed a guilty plea from former Trump campaign adviser George Papadopoulos. He admitted he lied to the FBI about his conversations with people connected to the Russian government.