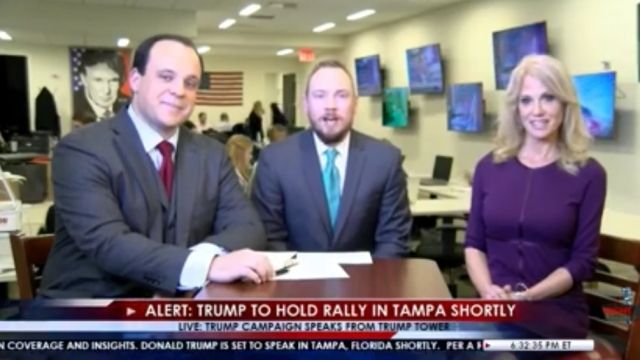 In what is yet another sign Donald Trump's team is looking to start a media outlet after the election wraps up, his campaign launched a new nightly livestream Monday.

"This is just an effort by us to reach out to you guys — give you the message straight from the campaign. You don't have to take it through the media filter and all the spin that they put on it," Trump campaign adviser Cliff Sims told viewers.

The campaign plans to stream its own live pre-rally coverage every night around 6:30 EST on Facebook.

The coverage will consist of Trump's surrogates — including his children — discussing the latest campaign news of the day.

The coverage led into Trump's rally in Florida, which was also streamed live on Facebook.

The campaign first tried out its own "Trump TV" format the night of the third presidential debate last week. It streamed pre- and post-debate coverage in addition to the debate itself.

By the following afternoon, the video had nearly 9 million views.

SEE MORE: This Is What Donald Trump Says He'll Do His First 100 Days In Office

Those talks had not advanced since they took place over a month ago. But the Trump team started amping up its Facebook Live events following the reports.

Trump has several experienced media experts on his staff, including his campaign CEO and an adviser.