Trump Campaign Criticizes Booker For Past Donations From Big Pharma 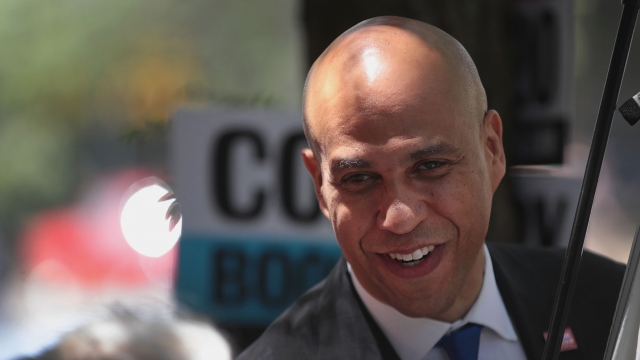 President Donald Trump's campaign team is taking aim at some of the potential Democratic nominees.

After a question about pharmaceutical companies during the first Democratic debate, the Trump War Room campaign account tweeted, "FACT: Cory Booker has accepted over $400,000 from the pharmaceutical industry during his political career."

Does Sen. Booker have a history of accepting campaign money from drug companies? Yes, he does. But there are a few other important things to know.

The Center for Responsive Politics compiles and organizes federal campaign donation details. Its records show that since 2013, Booker has taken over $411,000 from the pharmaceutical and health products industry. The key term here is "health products." That $411,000 number includes donations from medical device and nutritional supplement companies, for example. When you break out *just* money from drug makers, the donation total drops to just over $280,000.

But there are also donations that $411,000 amount does not include. Take, for example, contributions to Booker's PAC, which equaled $56,000 from 2013-2016. It also doesn't include any donations made to Booker's local campaigns for Newark city council and mayor.

Going back to the tweet — it said Booker has accepted "over $400,000 from the pharmaceutical industry." That number may not be exactly right, but its point is accurate: Pharmaceutical companies have given Booker sizable donations.

However, putting all the numbers aside, there's a key fact that Trump War Room tweet neglects: Booker stopped accepting donations from pharmaceutical companies in 2017.