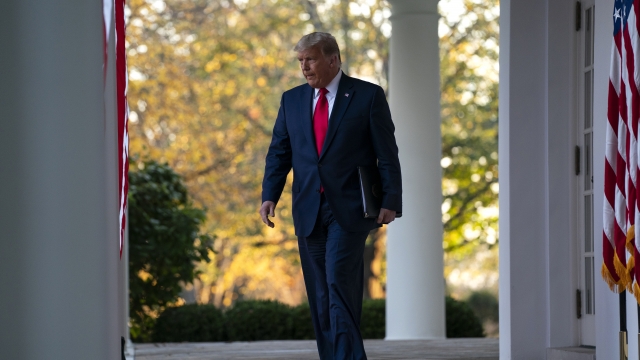 The campaign withdrew allegations that hundreds of thousands of mail-in and absentee votes were illegally processed.

We're almost two weeks removed from Election Day and just over two months away from inauguration, and President Trump has not conceded.

His personal lawyer, Rudy Giuliani, said the tweet was sarcastic and that electors would ultimately decide the outcome.

But Sunday, the campaign dropped a key part of its lawsuit aimed at stopping the state from certifying its results. The campaign withdrew allegations that hundreds of thousands of mail-in and absentee votes were illegally processed.

The suit still aims to block the certification of votes in the state. It now focuses on claims that some voters were able to fix mail-in ballots that would have been disqualified for a technical reason.

The deadline to certify election results in Pennsylvania is November 23.