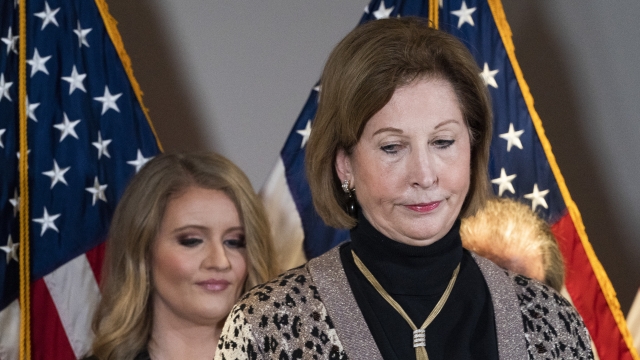 The Trump campaign said attorney Sidney Powell is practicing law on her own and is not a part of its legal team.

The Trump campaign cut ties with one of its lawyers after she made numerous baseless claims about voter fraud.

The campaign said attorney Sidney Powell is practicing law on her own and is not a part of the campaign’s legal team.

Powell claimed, without evidence, that millions of votes were switched to favor Joe Biden.

She also accused Georgia Republicans of conspiring against the president.