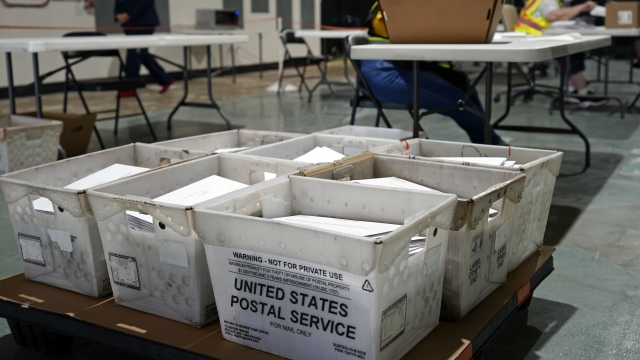 The Trump campaign is again asking the Supreme Court to block North Carolina from counting votes that arrive after Election Day.

For now, the state will allow absentee ballots to be counted if they arrive by November 12, as long as they're postmarked by November 3.

An appeals court ruled last week to keep that process in place.

But the president and the state's Republican Party have said the extension violates the state's election code.