Trump Campaign Has Raised More Money Than Any Democratic Candidate 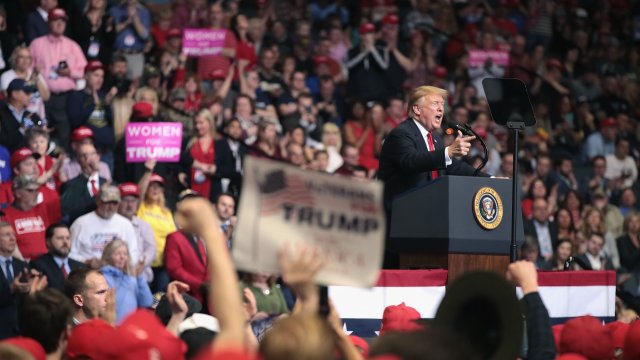 President Donald Trump's campaign said it raised more than $30 million in the first three months of 2019.

President Donald Trump's fundraising efforts for his re-election campaign are off to an eye-popping start.

The campaign said it raised over $30 million in the first three months of 2019. And nearly all of that money came from donations that were $200 or less.

That $30 million total far surpasses the fundraising efforts of the Democratic presidential candidates. Not all of them have shared their totals yet, but of those who have, Bernie Sanders tops the list, taking in $18.2 million in the first quarter of 2019.

But there are a few things to remember when looking at those numbers. Incumbents often have a leg up when it comes to political fundraising. And President Trump never stopped campaigning. He filed for re-election campaign on his very first day in the White House.

Monday is the deadline for each candidate to file quarterly fundraising information with the Federal Election Commission.