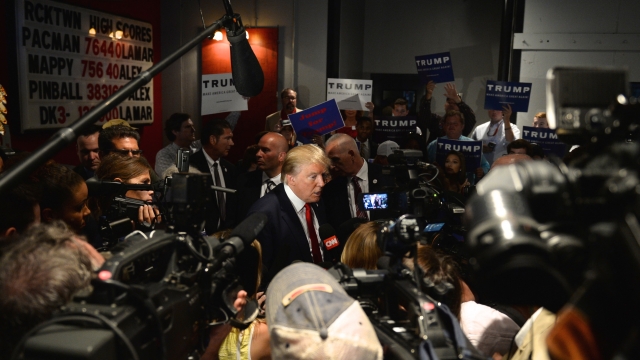 Donald Trump's presidential campaign has accused Tennessee Republicans of "doing the bidding" of the national GOP establishment and meddling with delegates ahead of the national convention.

Tennessee appoints 14 at-large delegates in addition to those assigned based on the results of the state primary — a primary Trump won in March.

He told The Tennessean: "The party chair is a puppet. He is doing the bidding of the party establishment to take the nomination away from Donald Trump."

Party reps counter they never agreed to work with the Trump campaign to choose which delegates would be appointed.

The disagreement reportedly triggered a call to action. Trump supporters protested outside a Tennessee Republican Party committee meeting Saturday after a rule change closed the meeting to the public.

This video includes clips from CNBC and @tnfortrump and images from Getty Images.