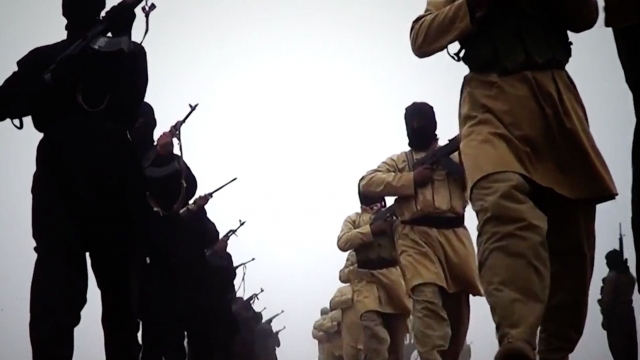 President Donald Trump is asking the U.S.'s European allies to take back over 800 captured ISIS fighters and prosecute them in their home countries.

The president made the comment in a statement on Twitter Saturday saying if Britain, France, Germany and other European allies don't take them, the U.S. will be forced to release the ISIS fighters.

Denmark and France have turned down Trump's request. Denmark's three biggest political parties ruled out the idea. And France says it will only take back fighters in a "case by case" basis.

The United Kingdom also isn't on board with taking back ISIS fighters. The U.K. home secretary says the country will "not hesitate" to prevent their return, adding, "We have a range of tough measures to stop people who pose a serious threat from returning to the U.K., including depriving them of their British citizenship or excluding them from the U.K."

Germany says it will take back its citizens and put them on trial, but will need consular access to do so. The country's defense minister says German citizens have a right to return to home, but said the country will only allow it if alleged jihadis "can immediately be detained."

President Trump decided at the end of last year to pull American troops out of Syria, saying, "We have defeated ISIS in Syria."