Trump Calls Into Question Next Round Of Trade Talks With China 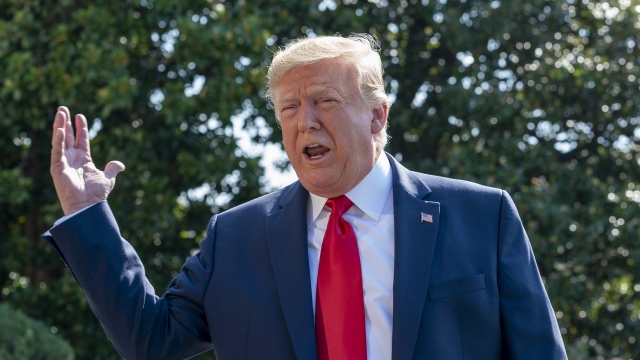 By Briana Koeneman
August 12, 2019
The president told reporters as he left the White House Friday the U.S. isn't ready to make a deal with Beijing.
SHOW TRANSCRIPT

"We have an open dialogue. We'll see whether or not we keep our meeting in September. If we do, that's fine. If we don't, that's fine. But it's time that somebody does what we're doing," President Trump said.

President Donald Trump has called the next round of trade talks with China into question.

The president told reporters as he left the White House Friday the U.S. isn't ready to make a deal with Beijing. And he indicated that discussions scheduled to take place next month in Washington could be called off.

And tensions between the two countries escalated even further after President Trump vowed to impose a new 10% tariff on $300 billion in Chinese goods.

As of Monday morning, the Chinese Embassy in Washington had not publicly commented on Trump's remarks.