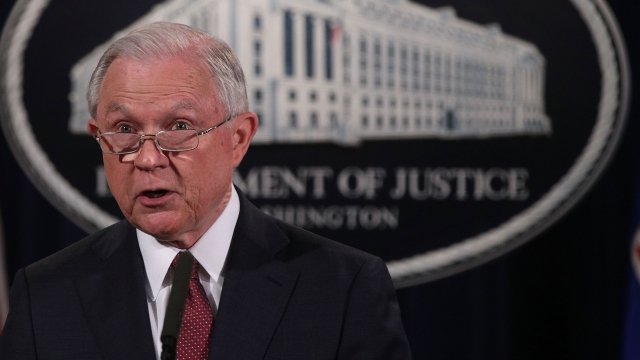 Here's what he said in a series of tweets Wednesday: "This is a terrible situation and Attorney General Jeff Sessions should stop this Rigged Witch Hunt right now, before it continues to stain our country any further."

Trump has repeatedly called for an end to Mueller's investigation into Russia's interference in the 2016 election.

Last year, Sessions recused himself from the investigation after he was criticized for failing to disclose a meeting he had with a Russian ambassador. Mueller was then appointed special counsel.

Some lawmakers are raising questions about the possibility of Trump obstructing justice.

Democratic Rep. Adam Schiff brought it up in a tweet Wednesday. He said Trump asking Sessions to end Mueller's probe was "an attempt to obstruct justice hiding in plain sight. America must never accept it."