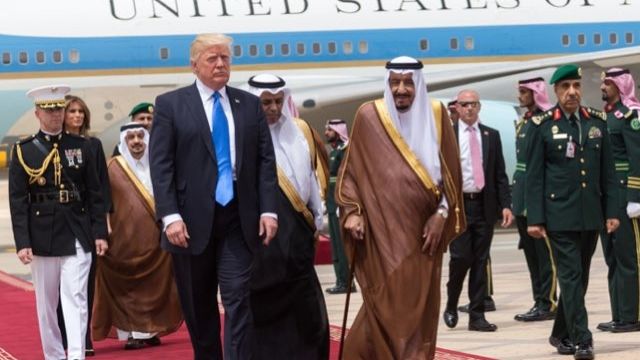 SMS
Trump In Saudi Arabia: 'This Is Not A Battle Between Different Faiths'
By Jake Jones
By Jake Jones
May 21, 2017
In President Donald Trump's first speech overseas, he called for the Muslim world to come together and drive out terrorism.
SHOW TRANSCRIPT

President Donald Trump delivered this speech to the Muslim world during his second day in Saudi Arabia, home to some of Islam's holiest locations.

"Terrorists do not worship God," he said. "They worship death. ... This is not a battle between different faiths, different sects or different civilizations. This is a battle between barbaric criminals who seek to obliterate human life and decent people, all in the name of religion."

Trump spoke to more than 50 Muslim and Arab leaders. His speech outlined his goal for the Middle East and the overall Muslim world to unite against terrorism and "drive it out" of their countries. He also took time to point out that terror victims are overwhelmingly Muslim.

Many were wondering how Trump's first overseas speech as president would go. The speech itself was written by senior policy adviser Stephen Miller, who authored the administration's so-called travel ban targeting citizens of several Muslim-majority countries.

That order has been shot down by federal courts in two different forms, largely based on Trump's campaign rhetoric regarding Islam.

During his campaign, Trump repeatedly described the work of ISIS and its supporters as "radical Islamic terrorism." He criticized President Obama's refusal to use the term, which many deemed problematic. That phrase didn't appear in Trump's speech on Sunday, but variations did.

"There is still much work to be done," Trump said. "That means honestly confronting the crisis of Islamic extremism and the Islamists and Islamic terror of all kinds." 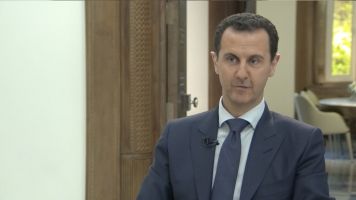 The president also pledged America's support of Middle Eastern countries in their fight against terrorism and extremism but said all Muslim countries must do "their fair share."