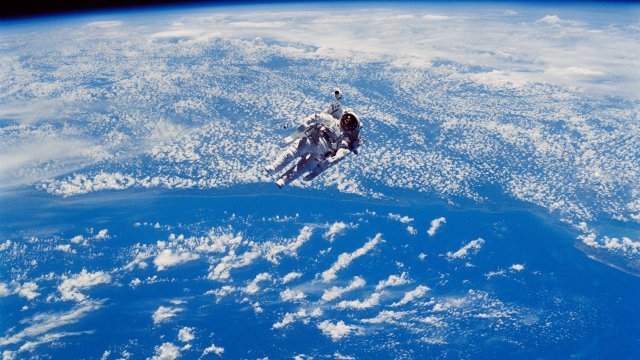 President Donald Trump is proposing a new branch of the military called the "Space Force" to defend the U.S. in the event of a space war.

"And I was not really serious, then I said what a great idea, maybe we'll have to do that."

"Space is a war-fighting domain, just like the land, air, and sea," he said. "We may even have a Space Force, develop another one, Space Force. We have the Air Force, we'll have the Space Force."

It’s not entirely clear what he means by "develop another one." But he may be thinking of the National Defense Authorization Act that he signed into law in December.

It says the Air Force has to move toward creating a space defense unit within itself called the Space Corps. The Air Force called the mandate "unnecessary," and some have said the corps would be redundant due to the branch's existing space efforts.

Trump actually isn't the first to propose an entirely new military branch for space. The House Armed Services Committee approved a bill last year to create a Space Corps, but the effort failed in November.