Trump Keeps Talking About Asylum 'Loopholes.' What Could They Be? 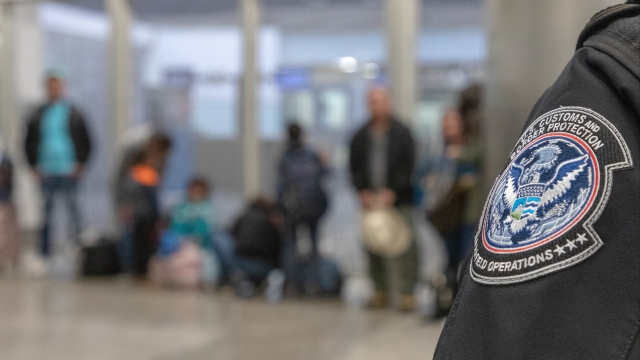 In a last-minute announcement, President Trump delayed large-scale ICE enforcement actions while urging Congress to make changes to the country's immigration laws. But what type of change is he looking for?

He's repeatedly criticized our asylum system and so-called "loopholes," but he hasn't been very clear on what loopholes he's talking about.

Vice President Mike Pence shed a bit more light on the issue in May when he said "vulnerable families ... are being told there are loopholes in our law that will allow them — once they come across the border, turn themselves in, and claim asylum — to be able to disappear into the United States."

Pence appears to be talking about "catch and release," when certain immigrants are released into the U.S. while their immigration cases proceed. There's a large backlog of pending immigration cases — over 875,000 as of March 31. To apply for asylum, people must be physically present in the U.S., so logically that leaves the government with three basic options: hold them in custody; release them into another country, like Mexico; or release them into the U.S.

This is a dilemma that existed long before President Trump took office. His administration has made multiple changes to the country's asylum process recently, including requesting that immigration courts rule on asylum claims within 180 days.

But it's unclear what a permanent solution might look like. Many Republicans believe the answer lies in changing our immigration laws and building the border wall, while Democrats are more likely to push for improvements to our current system, including more funding.

There are two immigration aid bills currently working through Congress, but both are largely focused on humanitarian aid. In their current state, it's unlikely either bill would provide President Trump with the legal changes he's looking for.