Trump Businesses' Foreign Debt Could Be A Conflict Of Interest 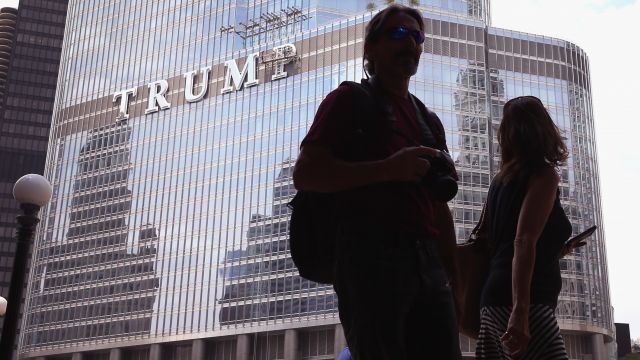 SMS
Trump Businesses' Foreign Debt Could Be A Conflict Of Interest

That creates a unique problem. Not only do foreign banks hold leverage over Trump in case of default, but this could also put his business interests and foreign diplomacy on a collision course.

Take, for example, Trump's debt held by Germany's Deutsche Bank — it totals at least $340 million, according to the Wall Street Journal. The bank is the single biggest lender to Trump's assets and even lent millions of dollars to Trump's Washington, D.C., hotel.

And just days before Trump became president, the bank finalized a multi-billion dollar settlement with the Department of Justice over its role in the U.S. housing crisis.

That means the bank, which Trump owes millions of dollars to, was negotiating a settlement with a department Trump now controls.

There were also talks over the German government bailing out Deutsche Bank, like the U.S. did after the 2008 financial crisis. And since he's still vested in his companies, Trump would have incentive to pressure Germany's government into propping up the bank.

Then there's the Emoluments Clause, which ethics experts say Trump is already violating.

Trump is part owner of an office building in Manhattan that carries a $950 million loan. One of the lenders on that loan is the Bank of China, a huge state-owned bank.

Once again, these problems could be somewhat resolved if Trump actually fully divested from his businesses, which he says he's not doing.