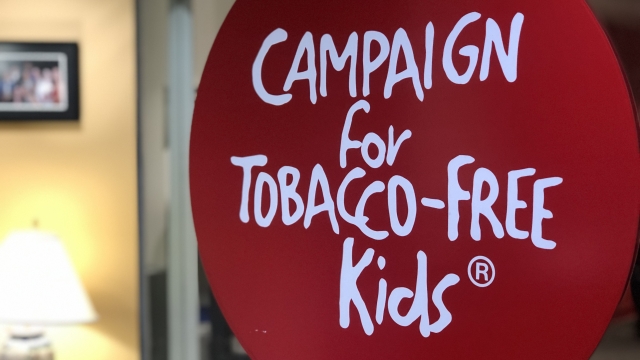 SMS
Trump Budget Proposal Would Overhaul Tobacco Regulation Authority
By Terace Garnier
By Terace Garnier
February 10, 2020
Under the president's proposal, the Center for Tobacco Products would be part of a new agency.
SHOW TRANSCRIPT

President Trump announced his nearly $5 trillion budget proposal Monday afternoon, which will cut spending on foreign aid, the EPA and the CDC.

The president also suggested changes to Medicare prescription drug pricing that could potentially save consumers over $100 billion.

But one part of the package that may be less noticed is a proposal to move the Center for Tobacco Products out of the Food and Drug Administration and create a new agency that will focus on tobacco regulations.

Newsy met with Matthew Myers, president of the Campaign for Tobacco-Free Kids, for another story when the proposed budget plan was unveiled.

He said: "Unfortunately, what that would result in is a disastrous delay precisely at the time the FDA needs to be acting boldly. During the period of time the FDA needs to be taking action to take the products off the market, to review new product applications and prevent those that are appealing to kids on the market. This diverts attention off of that while the federal government sets up another bureaucracy, another agency. It will only result in delay."

He says that delay could last at least three years.

He said, "You know the FDA has spent 10 years building an infrastructure in order to address the kind of problems we are talking about."

The kind of problems he's referring to include the vaping epidemic, which is especially impacting children and teenagers.

But the president's budget proposal is unlikely to pass the Democratically-controlled House of Representatives in its current form.