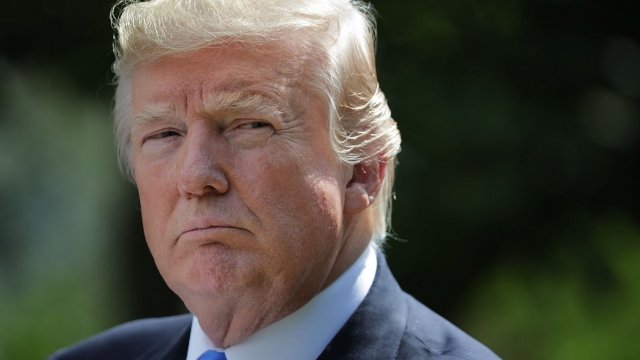 President Donald Trump and bipartisan lawmakers met to discuss the DACA program, the so-called border wall and other immigration issues.

During a meeting with bipartisan lawmakers, President Donald Trump said he's confident Congress can come up with a bipartisan immigration bill.

Lawmakers also discussed what to do about the Deferred Action for Childhood Arrivals program, or DACA. In order to avoid a government shutdown in the coming days, Democrats say any bipartisan deal on federal spending must include a plan to help DACA recipients.

"Lives are hanging in the balance, and we are getting the job done. We've got the time to do it. In a matter of days, we can come together and reach an agreement," Minority Whip Sen. Dick Durbin said.

For Trump and his administration, any bipartisan agreement must include funding for the so-called border wall between the U.S. and Mexico.

"You need the wall. It can go up quickly, it can go up effectively," Trump said.

It must also include an end to chain migration and an end to the visa lottery.

The deadline to fund the government is Jan. 19.