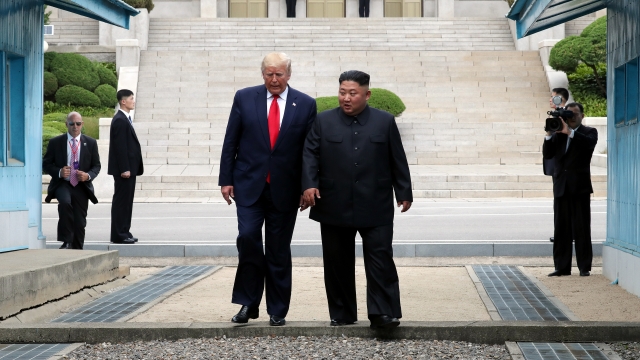 President Trump crossed the border separating South and North Korea, in the Korean Demilitarized Zone, to shake hands with North Korean Leader Kim Jong Un, in a gesture of goodwill.

"We went and met at the line. And, in meeting at the line, I said, 'would you like me to come across?' He said, 'I would be so honored.' And that's the way it worked out," said Trump.

Trump had traveled to South Korea to meet with President Moon Jae-in over the weekend. He sent a tweet on Friday inviting Kim to shake hands at the border.

Although talks between the two countries were on hold following their last summit, President Trump now says that negotiating teams plan to meet in the upcoming weeks.