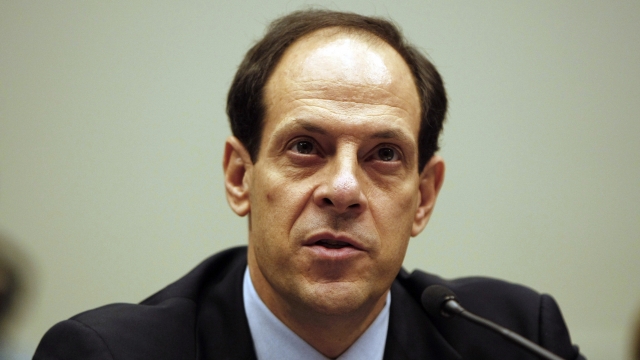 Glenn Fine will no longer lead the panel Congress created to oversee the implementation of a $2 trillion coronavirus stimulus package.

The giant stimulus deal is designed to help those affected by the coronavirus pandemic, and lawmakers want to make sure the money isn't being abused. A group of inspectors general selected Fine to serve as chairman last week.

The president also nominated Jason Abend, the senior policy adviser at the U.S. Customs and Border Protection, to be the permanent Pentagon inspector general.

Before all that, Fine was working in both the acting and deputy IG positions. A spokeswoman from the Defense Department told reporters he'll still be the principal deputy inspector general at the Pentagon. But since he isn't an acting inspector general anymore, he can't be chairman of the relief package panel.

It's unclear why the president moved to replace Fine. House Speaker Nancy Pelosi said his "sudden removal ...  is part of a disturbing pattern of retaliation by the President against independent overseers."