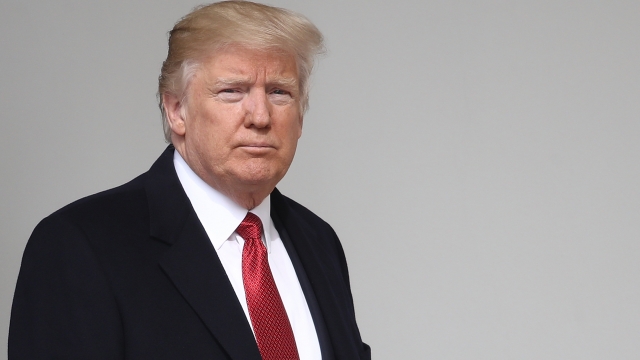 SMS
Trump Backs Off Wall Deal, Would Settle For 'Border Security' Money
By Jake Jones
By Jake Jones
April 25, 2017
As the 100-day mark approaches, President Trump backs down from his demand for wall funding to avoid a government shutdown.
SHOW TRANSCRIPT

President Donald Trump has taken a step back from his demand that Democrats provide funding for his border wall project in exchange for continued Obamacare subsidies.

The president hosted several conservative media outlets Monday evening and, in a Q&A session, said the administration may "come back" to getting funds for the wall in September.

CNN's Jim Acosta tweeted that a White House official confirmed this, saying the president would be satisfied with "border security" funds.

Trump and his staff came out strong late last week, offering a dollar-for-dollar deal to avoid a government shutdown.

Securing that funding would have been a big legislative win for Trump, who's seeking to calculate the accomplishments of his first 100 days in office.

But Democrats haven't shown many signs of wanting to cut a deal; some of them argue it's Republicans who will bear the political damage from a potential shutdown.