Govt. Backs Away From Plan To Detain Immigrant Families Indefinitely 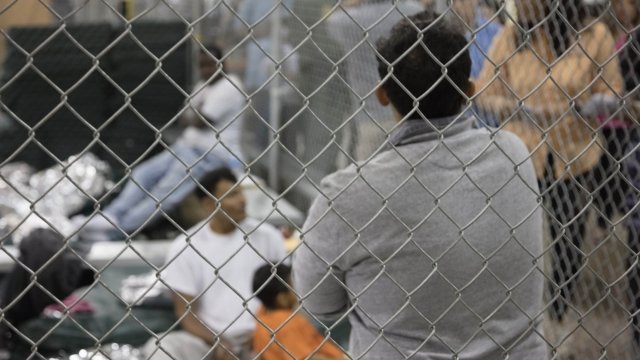 Families who cross the border illegally will reportedly be tracked with ankle monitors instead of being detained indefinitely.

It appears the Trump administration has backed away from its "zero-tolerance" immigration policy.

Multiple media outlets report officials now plan to release immigrant families with ankle monitors rather than detain them as a family.

The change in policy comes as the administration struggled to meet a court-ordered deadline to reunite parents and children who were separated at the border.

And it comes a day after a federal judge denied the government's request to detain children for more than 20 days.

Those two court rulings seem to have forced the Trump administration's hand. The "zero-tolerance" policy had been in effect since April, but government officials seemingly tried to soften their stance after family separations at the border turned into a national controversy.