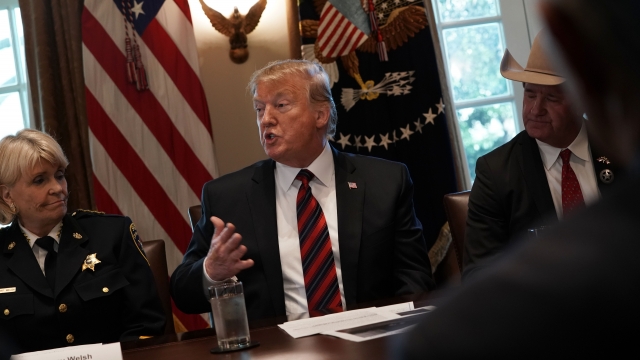 During a White House roundtable on border security Friday, President Donald Trump said he's putting the brakes on declaring a national emergency to build a wall at the southern border — for now.

President Trump has repeatedly said that he might declare a national emergency to fund construction for a border wall if Congress doesn't include it in their legislation.

"Now the easy solution for me is to call a national emergency. I can do that very quickly. I have the absolute right to do it. But I'm not going to do it so fast. Because this is something Congress should do, and we're waiting for the Democrats to vote. They should come back and vote," said Trump.

President Trump also said he thinks his administration will be sued if he declares a national emergency and the case could get blocked by the 9th Circuit. According to CNN, White House lawyers are preparing a defense against any legal action that could come from the president declaring a national emergency.

The discussion comes after President Trump visited the U.S.-Mexico border on Thursday. He tweeted that it is a "far worse situation than almost anyone would understand."